Skip to Content
Home Blog Local Food Experience Dock: A villain or a hero?
by 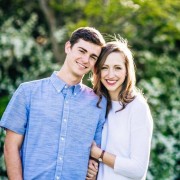 How to make dock seed flour

Mother’s Day a few years ago Spencer and Maezy helped me haul literally truck loads of dock out of my new garden plot. I had covered the soil with manure the year before (which likely contained dock seeds), and the conditions in the soil apparently were just right for this tap rooted annual to thrive. I noticed when we pulled up the plant by the roots, that there were many Earthworms tangled in the roots and the soil around the roots. This was my first clue that the plant was playing an important role in the garden community. But the feeling of aggression toward the presence of the plant prevailed.  As the soil community in my garden changed, the presence of dock decreased, but I still have an emotional reaction to its “invasive” presence.

As I learn more about the soil, plants and the ecosystem, I question the “war” on invasive species (and my own feelings toward plants in this category). Allan Savory said that billions of dollars have been spent trying to eradicate invasive species, and has not succeeded anywhere in the world. Why did I then perceive dock as a villain?

Could the plant actually be a hero? Could it nurture the soil–bravely establishing where only bare ground grew before? Could it feed us? Heal us? Could I be so wrong? Was Mother Nature providing a gift, an offering and I took it as a threat?

Our friend and neighbor is an herbalist and taught me about the medicinal and edible properties of red dock, yellow dock and curly dock. Everyone in Modoc County (and probably the United States) is most likely familiar with dock. It is considered highly invasive. It grows everywhere, and like most tap-rooted annuals is first to take up residence in capped, or recently disturbed soil. Even when I warmed up to the idea that those tough tap roots were pulling nutrients from deep in the soil up to make them more available for critters in the soil community, I still didn’t see a reason to eat the leaves or the roots. Accounts were that it was bitter. I had kale, chard and collards growing in my garden. “I’m good to go,” I thought, “no need to take it that far.” Then I saw a post on Pinterest pop up (apparently the Local Food Experience has me reading a lot about foraging on Pinterest) for dock seed flour. We have a corral full of dock. I had to try it.

On a sunny day in November, Maezy and I ventured out to harvest dock seeds. We’d found this recipe for dock flour chocolate cake. It was time to experiment and determine if dock was a villain or a hero. We collected four cups of dock seeds in about 15 minutes. Back in the kitchen, we put them on cookie sheets and roasted them for 5 minutes at 350 degrees F, following the instructions of this Northwestern forager. Then, we put the roasted seeds in the Vitamix and ground them to a flour, which took about one minute. The four cups of seeds resulted in about one and a quarter cups of dock seed flour. The actual cake took only a few minutes to assemble. We decided to make muffins/cupcakes instead of a cake. We tasted the batter: rich and tasty! Maezy was doubtful because the recipe did not call for baking soda or powder. Would they look like little hockey pucks? They actually rose in the oven as they cooked for 40 minutes. The texture was that of a gluten-free brownie or biscuit. Not as moist as cake (especially gluten flour cake), but good! The dock seed flour added a nutty flavor that went well with the chocolate.

Overall the experiment with dock seed flour was a win. It was too easy not to repeat. At least we know that if we had to rely on only food from our ranch or valley, that we could have a little treat with honey, salt, water and dock seed flour. We want to experiment further. We’ve read that the roasted seeds can be a good coffee substitute. Perhaps our next Sunday morning breakfast will be dock seed flour pancakes. It was exciting for us to realize that we could find value in something we once viewed as an obnoxious, invasive weed. What else could be an abundant gift from nature that we are not seeing? The question is exciting to think about as we move into the winter months of the Local Food Experience.